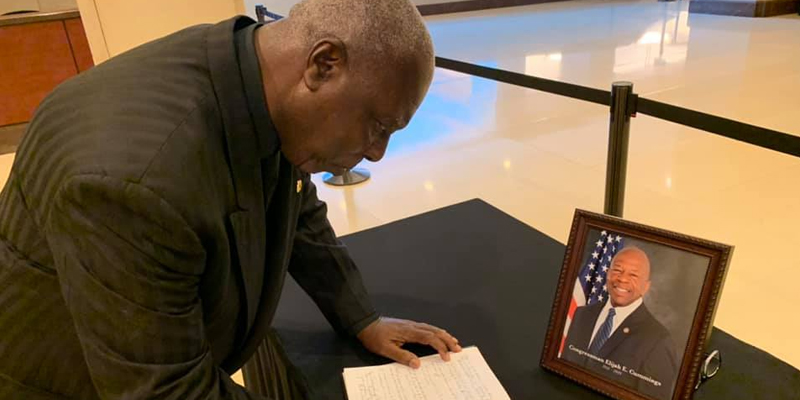 On Thursday, October 24, 2019, Ghana’s Ambassador to the United States of America, H.E. Dr. Barfuor Adjei-Barwuah, paid tribute to Congressman Elijah E. Cummings, at the U.S. Capitol Hill and signed the Book of Condolence.

Congressman Elijah E. Cummings passed on to glory on Thursday, October 17, 2019. He was a civil rights activist and the representative for Maryland’s 7th Congressional District.

In recognizing Congressman Cummings’ contribution to America, the Ambassador remarked that the US is a better community because he believed in equality and fairness. The Ambassador added that his emphatic “what did we do” comment whilst chairing his Committee Hearing in Congress will stand as an eloquent monument of his stature as a citizen, lawmaker and an icon for justice.