THE MINISTER OF FOREIGN AFFAIRS 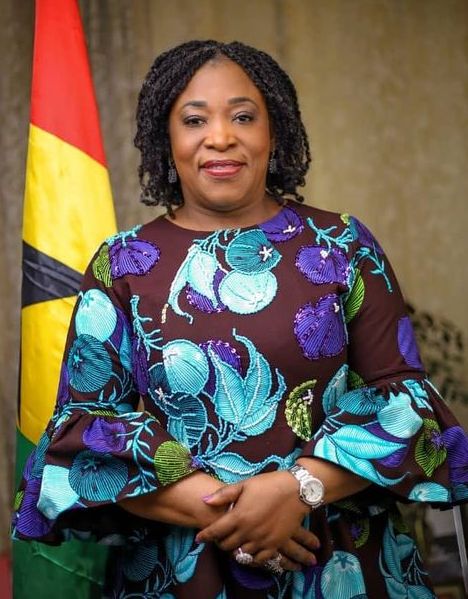 The Minister for Foreign Affairs and Regional Integration, Hon. Shirley Ayorkor Botchwey (MP), was appointed on January 10, 2017. She is a product of the University of Ghana Business School (UGBS), the Ghana Institute of Journalism (GIJ), the Ghana Institute of Management and Public Administration (GIMPA), the Pitman’s Central College, Universities of London and Westminster all in the United Kingdom (UK).

The Hon. Minister holds an Executive MBA, (Project Management option), MA in Public Communication, Bachelor of Laws Degree (LLB), a Diploma in Public Relations and Advertising as well as a certificate in Marketing Management. Before entering into frontline politics, Hon Shirley Ayorkor Botchwey ran a successful Marketing and Communications Company where she was a consultant for the Ministry of Tourism.

As a practitioner of public administration, she worked with various organizations such as Worldspace Ghana, the Divestiture Implementation Committee, Glaxo Group Research and Hodge Recruitment. In the last NPP administration under President John Agyekum Kufuor, Hon Ayorkor Botchwey served as Deputy Minister for the Foreign Affairs, Information, as well as the Trade and Industry ministries. She is a fourth-term legislator and represented the most populous constituency in the country, Weija, for two terms until it was demarcated.

At the party level, the Hon. Minister served as spokesperson on Foreign Affairs between the years 2009 and 2013. During the same period, she was Ranking Member for the Parliamentary Select Committee on Foreign Affairs and subsequently, the Appointments, Defence, and Interior Committees of Parliament. She was a member of the ECOWAS Parliament from 2013 – 2017, Hon. Shirley Ayorkor Botchwey worked with her colleagues to assist the Community Parliament in its advisory role in considering matters concerning the region particularly on issues relating to fundamental human rights and freedom while making recommendations to institutions and organs of ECOWAS.

The Hon. Minister also served as Vice-Chair on the NEPAD & APRM Committees.

Shirley Ayorkor Botchwey is a mother of two.